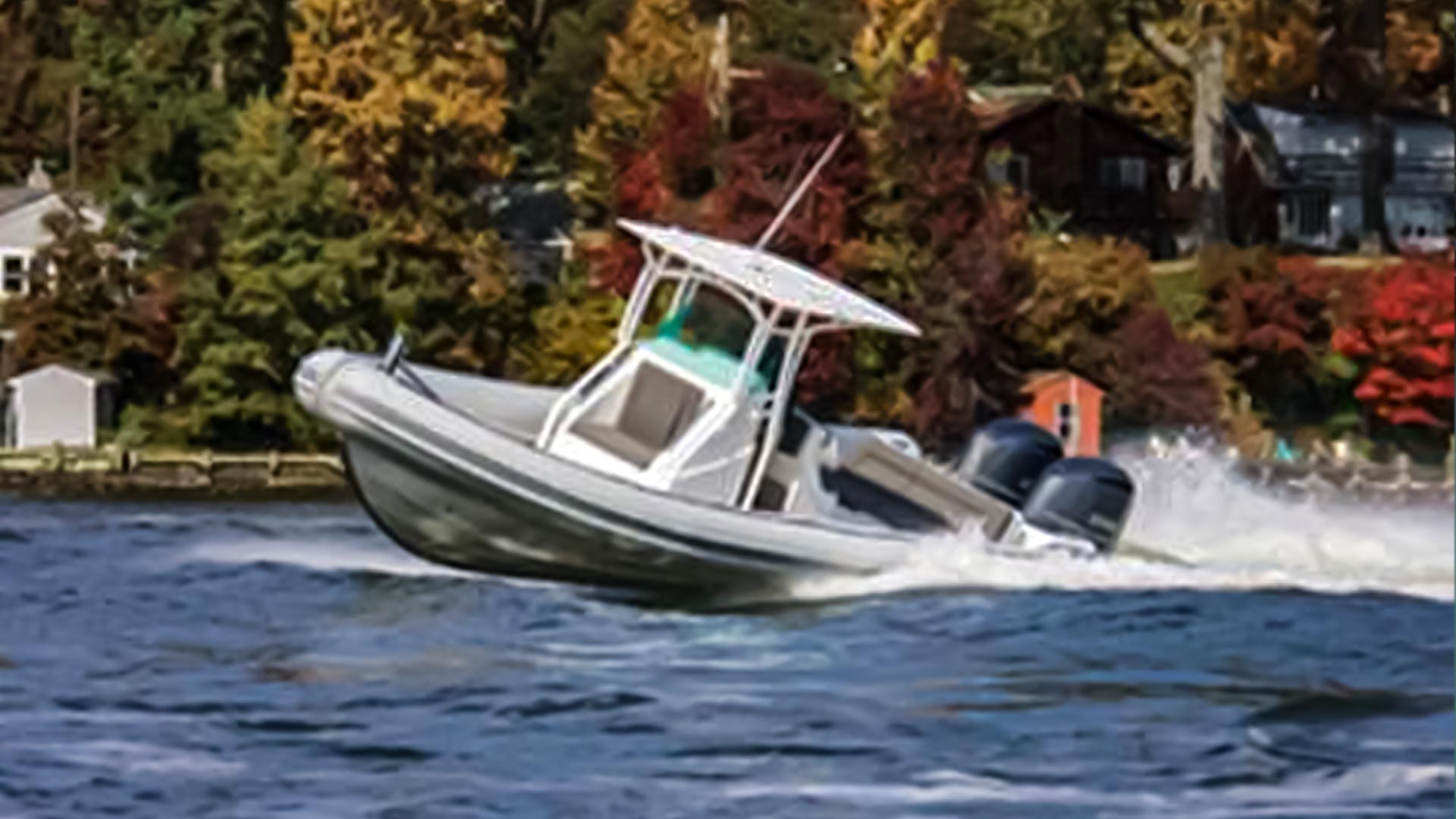 You might not have heard of South Africa’s Gemini Marine, but the builder has been turning out rugged RIBs — under the Fluid Watercraft name in the United States — for commercial and recreational use for 30 years. We took the 36-foot center console 360CC for a spin on the Chesapeake Bay.

Fluid Watercraft’s RIBs feature tubes constructed of high-quality, durable Hypalon. The deep-vee hull is a single skin that’s hand-laid using multidirectional cloths and polyester resin. A structural fiberglass grid is attached to the hull before the solid, one-piece fiberglass deck is installed. There’s not a splinter of wood in the 360CC. High-density, closed-cell PVC foam is used for coring, primarily at the transom. The result is a structure that’s solid, stiff, and durable. And that’s just what you feel when you hop down from the dock onto the 360CC’s deck.

It feels roomier than expected, which makes moving around a breeze. At the helm is a solid leaning post with an aft-facing seat module. There’s a bench at the stern and additional seating just forward of the console. The console unit is certainly sturdy, but it seems to lack enough space for the 15-inch multifunction displays that most owners will want on a boat such as this. Still, everything is nicely at hand, and the engine gauges are easy to read.

Standard power on the 360CC is a pair of 300-hp Yamaha F300 4-strokes. Our test boat was powered by twin F350s — the maximum power rating for this model. And boy, is it fast. The Fluid Watercraft representative who was aboard said the top end at wide-open throttle is 68 mph. Fully trimmed with the throttle mashed into the dash, we hit 63 mph. At this speed, the two big V-8s consume about 52 gph. However, the 360CC cruises comfortably at about 40 mph, where fuel burn settles into the high teens to about 20 gph.

All that power and a stable hull with 23 degrees of transom deadrise equates to some thrilling handling. Pressing into a turn, we spun around as if on rails, and the boat never lost her footing. The harder we pressed the helm over, and the more power applied, the better the 360CC stuck to the water. On a river with a light chop, there was no chine walking, even at 60 mph, and with the engines trimmed way up there was still plenty of control.

Although the 360CC may not appeal to hard-core anglers looking for a dedicated fishing boat, it’s a good candidate for folks poking around the center console market in general. With a fast top end and incredibly good handling — as well as a roomy deck with plenty of space for family and friends — the 360CC should appeal to a wide range of folks with varied boating interests. — G.R. 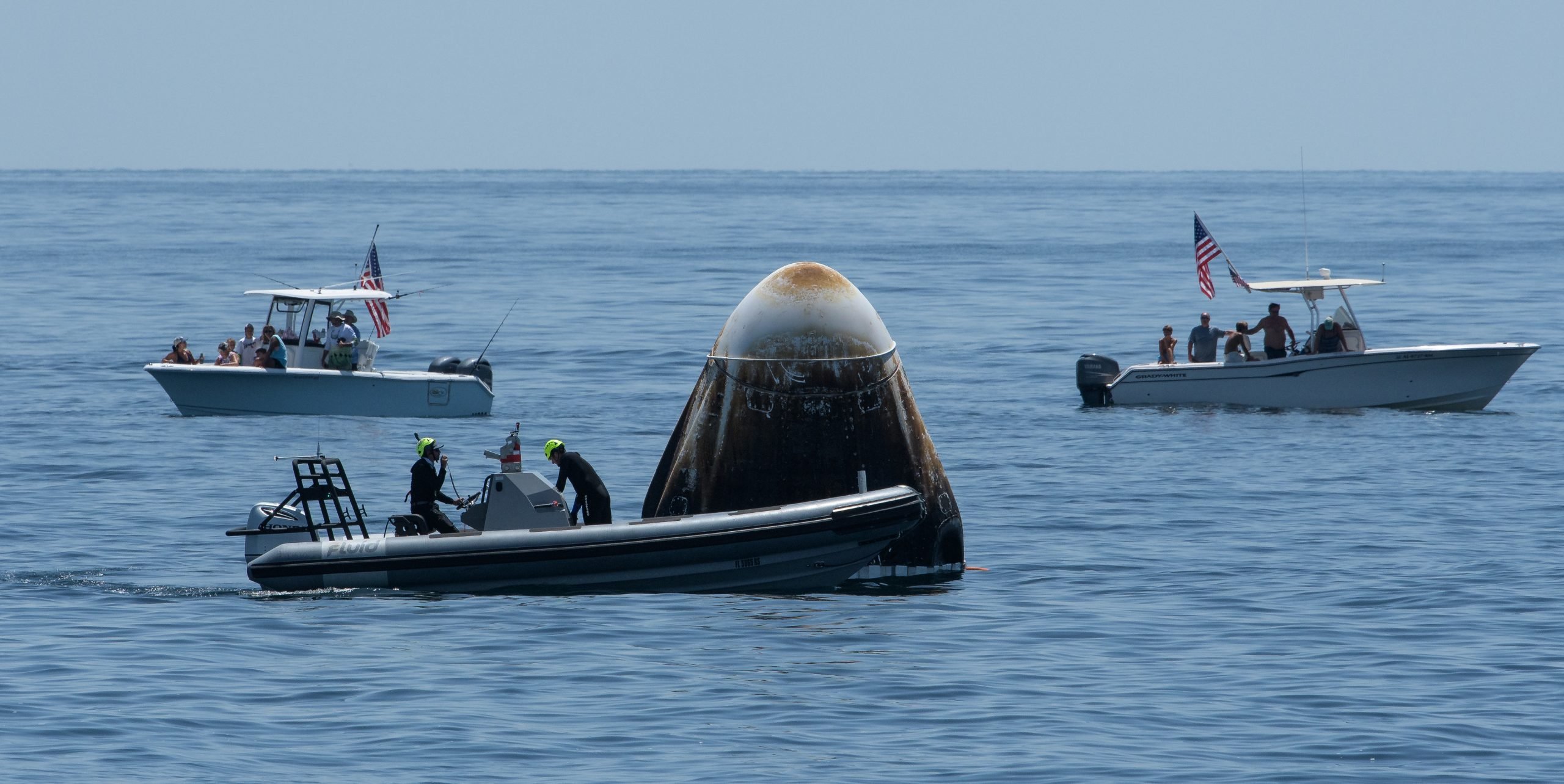 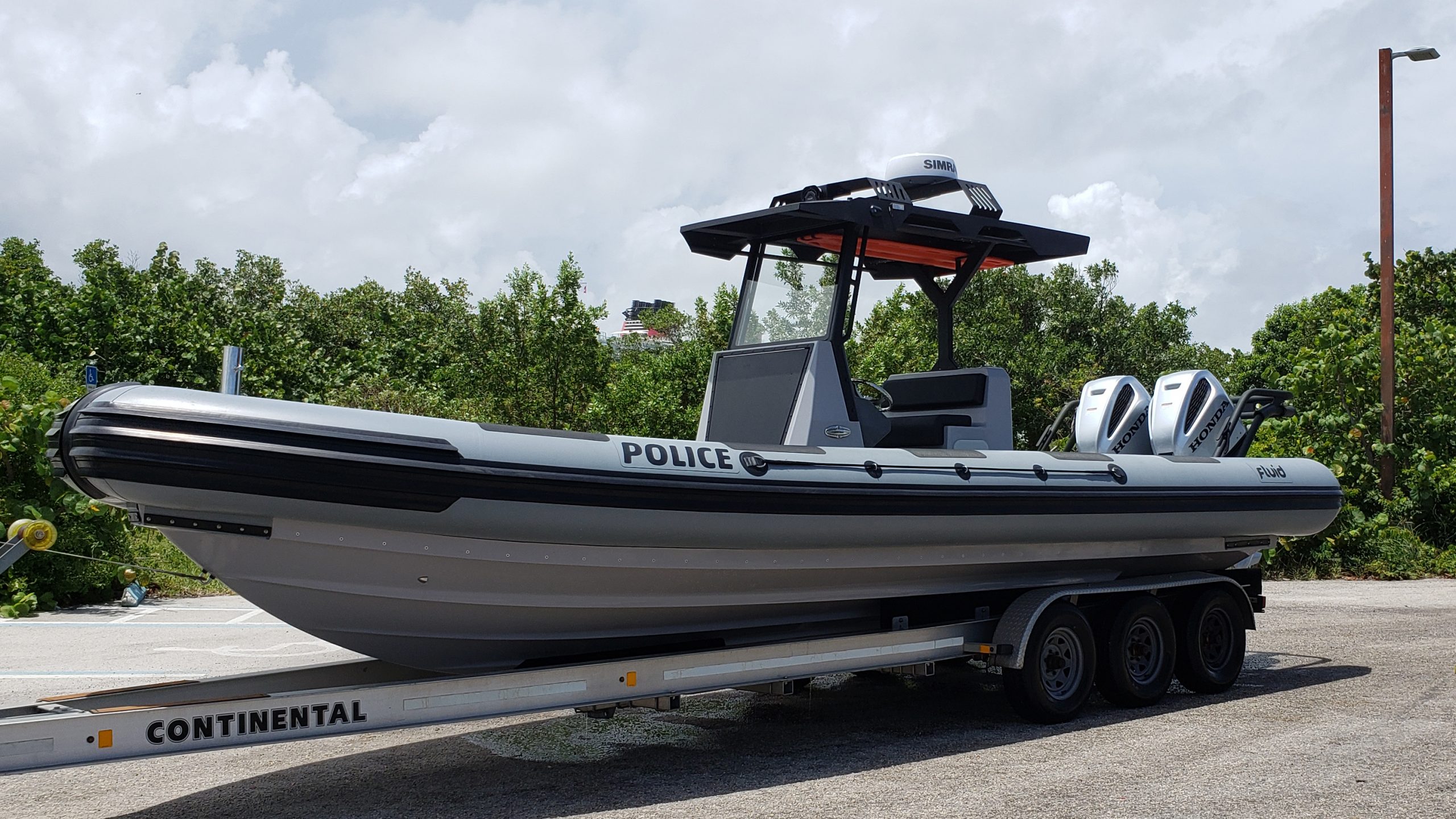 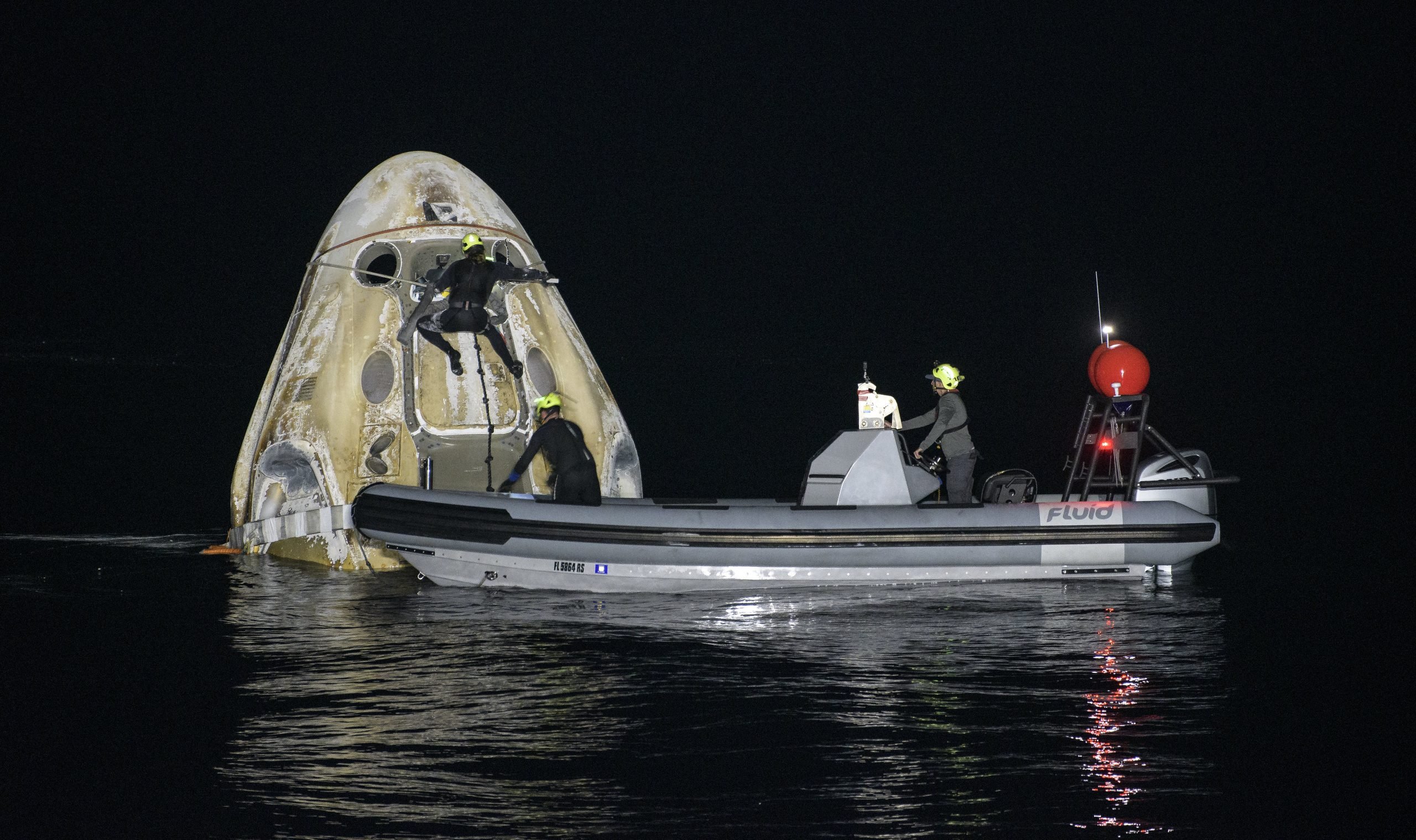